Fighting for a cure for Meniere’s disease,
one half-marathon at a time

About Meniere’s Disease & run because

Not well known, Meniere’s is a disorder of the inner ear that affects hearing and balance and causes vertigo, tinnitus, and hearing loss. It’s unpredictable and difficult to diagnose and manage. Unfortunately, the cause of Meniere’s disease isn’t fully understood. And there is no known cure.

Katie Mertz, founder of run because, an attorney, and Director of Pro Bono and Public Service at Marquette Law School in Milwaukee, WI, also serves on the AHRF Board.

About Katie & Her Cause 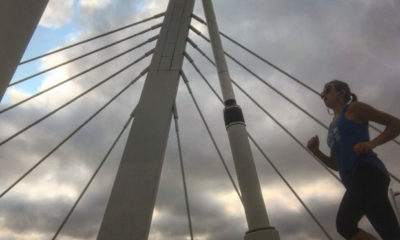 I ran my first half-marathon because I didn’t know if I could. Now I run because I can. And by running, I can bring awareness and support to finding a cure.

In fact, I didn’t like running. But in the spring of 2013, I was inspired by a close friend who ran her first half marathon—the weekend after the tragedy in Boston—to raise money and awareness of Parkinson’s in support of her mom who suffered from the disease. So, in September 2013, I completed my first half marathon. And I was surprised by my regret that it was over.

During my training, my mom began to suffer from increasingly bad episodes of Meniere’s disease, which she had been diagnosed with 11 years earlier. For the first few years, the episodes were few and far between. But now, her daily life was repeatedly affected. I saw the impact firsthand. And I saw how she constantly feared the next episode.

I created run because to keep me accountable: My goal is to raise money for Meniere’s disease research—by running 51 half marathons, one in each state, plus DC, by the time I turn 50.

To learn more about run because, please visit the run because website. Keep up with Katie’s progress by visiting her Facebook page.

Click below to give to run because and Meniere’s disease research.

Donate To run because 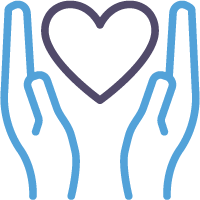 If you wish to fund Meniere’s disease research directly through AHRF, and not in conjunction with run because, simply visit our donation page linked below.

If you prefer to contribute by mail, please download a paper donation form here.

AHRF is a 501(c)(3) nonprofit organization. Your donation is tax-deductible to the full extent of the law.